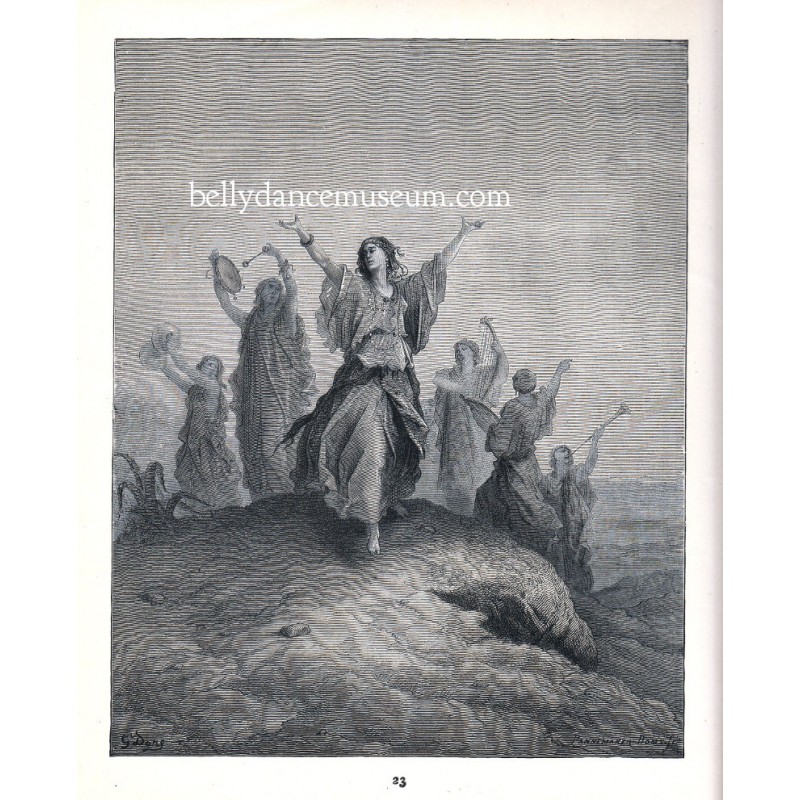 Original wood-engraving by A.F. Pannemaker of a work of  Gustave Doré. Marked 23 (plate 23).

Digital copy can be obtained for $US 10.

Wood-engraver François Pannemaker (born in Brussels, Kingdom of the Netherlands 1822 -died in Paris, France 1900) was one of the most important engravers of the work of  Gustave Doré, 19th century.

One of the plates of Doré's illustrated edition of the Bible.

The "Pannemaker-Doms" marking in the lower right refers to Doré's assistant-engravers.  Adolphe François Pannemaker being one of the most renowed, and Albert Doms. Both were born in what later would become the Kingdom of Belgium.

"... dancing, to meet him, being full of joy at seeing her father, for she was his only child. But when he saw her he was greatly troubled, and rent his clothes, and told her of the vow he had made. Then she answered, My father, if thou hast made a vow to the Lord, do to me as thou hast said; but let me alone two months, that I may go upon the mountains and mourn with my companions..."

Please note that these are  scanned page images. If you would like to buy a digital copy of the original, please contact us.