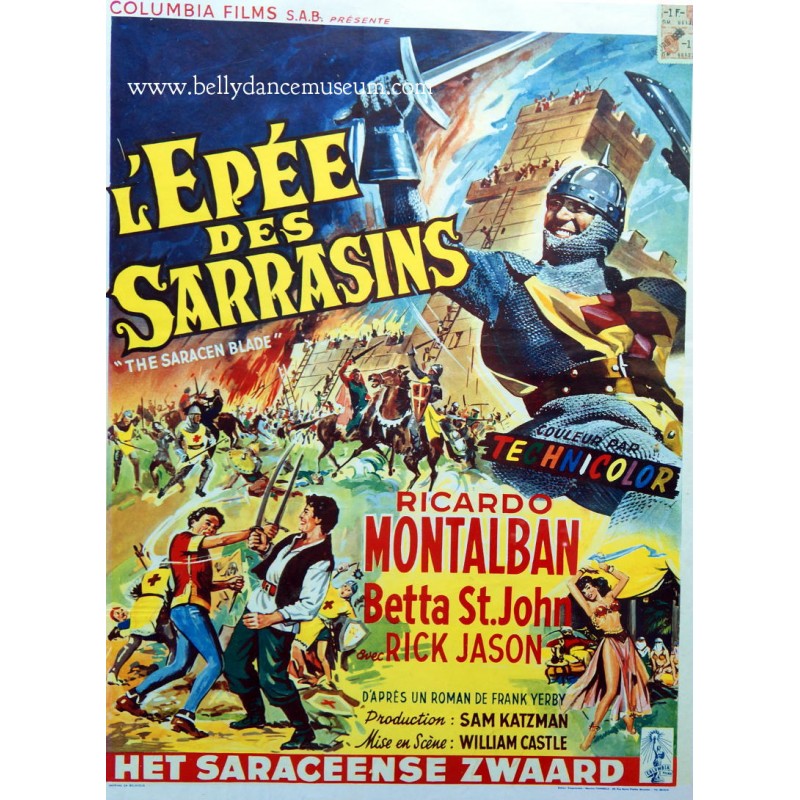 "The saracen blade" or "L'epée des Sarrasins" is a story in 15th century Italy based on a book by Frank Yerby.

Producer Sam Katzman wanted to give the film an authentic look and shoot it entirely in Italy.

To avoid huge production costs, this idea was dismissed and the movie was shot in the U.S.A.

Zenobia, the beautiful haremgirl and slave, played by Pamela Duncan (1924–2005).

The poster is a typical example of a handpainted mix of moviescenes.