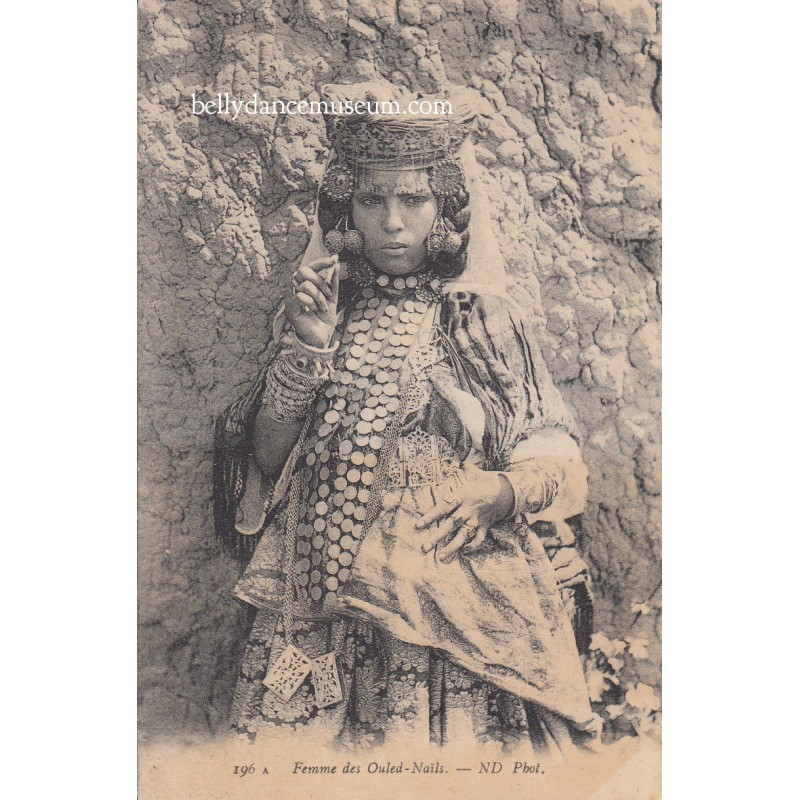 A Ouled Nail dancer in full dress smoking a cigarette.

More than 100 years old postcard mailed from Oran, Algeria to a teacher in Belgium.

Their postcards were marked with an ND logo.

Photographer Étienne Neurdein started the publishing business and his younger brother later joined him under the name ND. Phot. in the year 1905.

These postcards were one of the first publications.

Algeria was considered as a French province at that time, French stamps were the only legal poststamps as is shown on the back of this postcard.