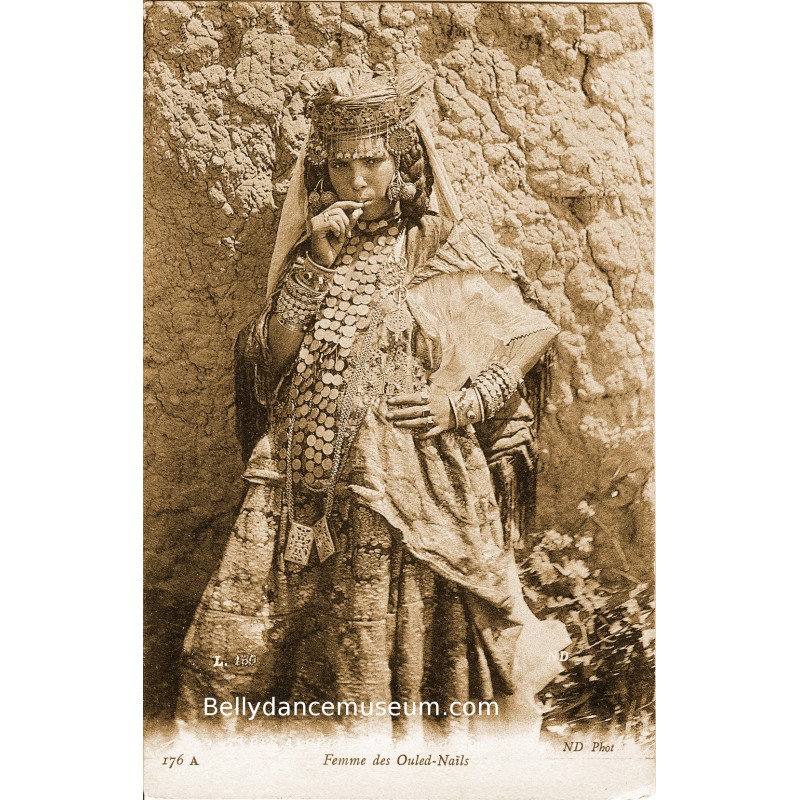 One of the ND collection postcards from the period 1913-1932

One of the collections pieces found in the musea of Amsterdam, Paris, Washington and the Belly Dance Museum.

Neurdein Frères was a publishing house - established in Paris, France - of the brother photographers Étienne (1832–1918) and Louis-Antonin Neurdein (1846–1914).

They started to publish postcards marked with ND around 1885.

One of their favourite themes were the women of the Algerian Ouled Naïl tribe, at that time an overseas French province.

This postcard was created and published between 1860 and 1890

The remarkable headdresses and jewelry formed a standard outfit of the Ouled Nail women. The dancer smokes a selfmade cigarette.

Mention the bracelet with spikes, also used to defend herself against intrusive men.