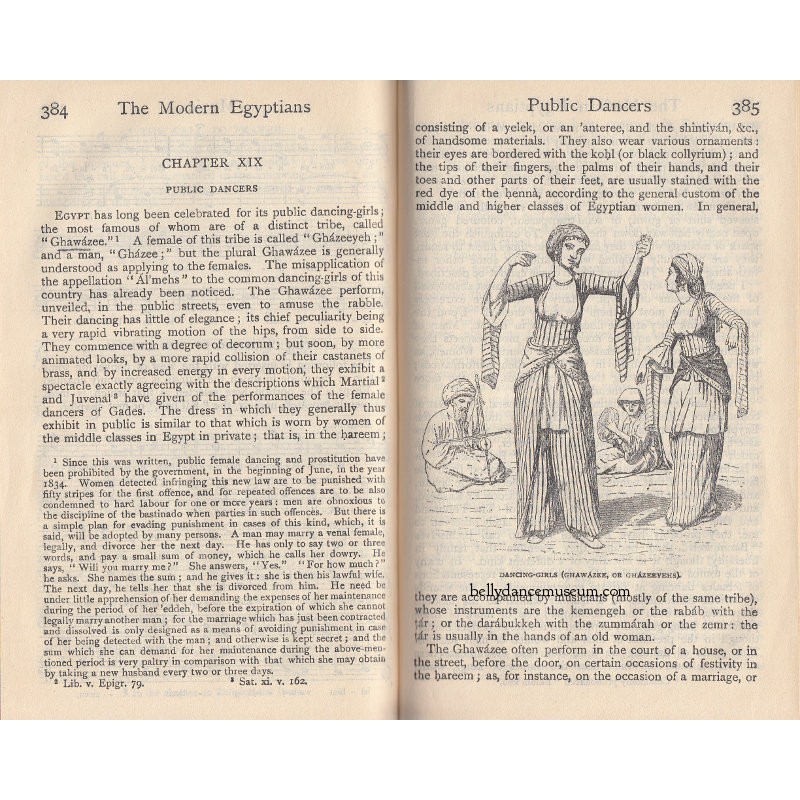 An Account Of The Manners And Customs Of The Modern Egyptians.

Antique book by Edward William Lane. This is the vintage version, not the modern paperback.

Edward Lane immersed himself completely in the contemporary Egyptian culture, Lane learned Arabic. He adopted the Egyptian way of life and wrote his observations in this book in Egypt during the years 1833-1835. The work was first published in 1836.

His vivid descriptions of the Egyptian culture transport you back to the 19th century.