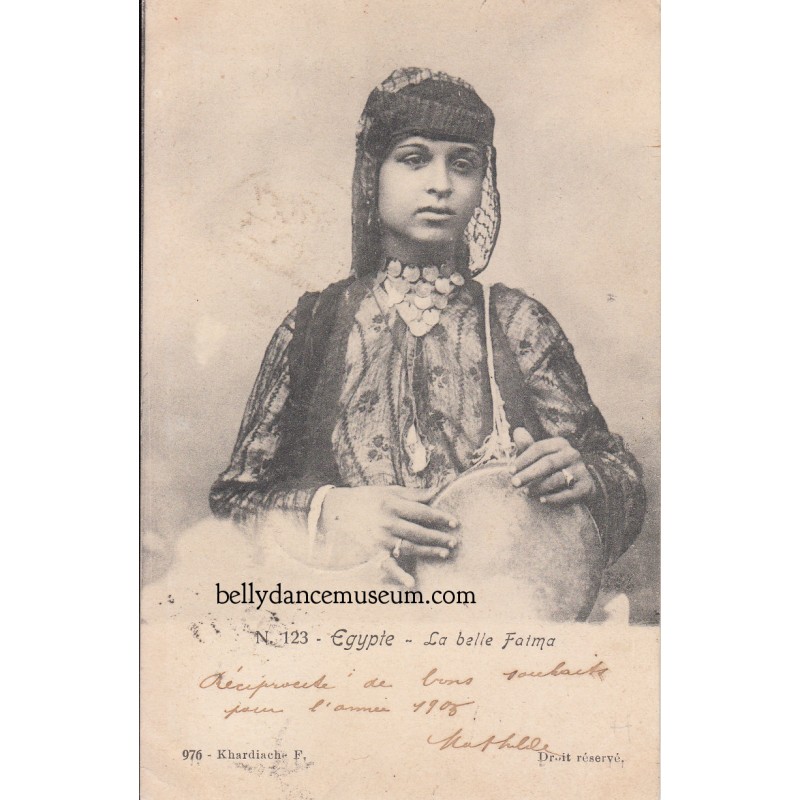 SOLD: Ghawazee musician playing a doholla (big tabla). Postcard posted in Egypt on 1905 and arrived in Belgium on 14-15 januari 1905.

The writing on the front states "best wishes for the year 1905".

Female dancers and musicians of the ghawazee tribe were the women that were most photographed. As they performed in public they did not have the restrictions most other Egyptian women had.

They earned an additional income which permitted them to keep their freedom.

The brothers Khardiache made many portraits of bedouin women of the Nile delta as they started their photographic studio "Khardiache Frères" in  Alexandria, Egypt at the end of the 19th century.