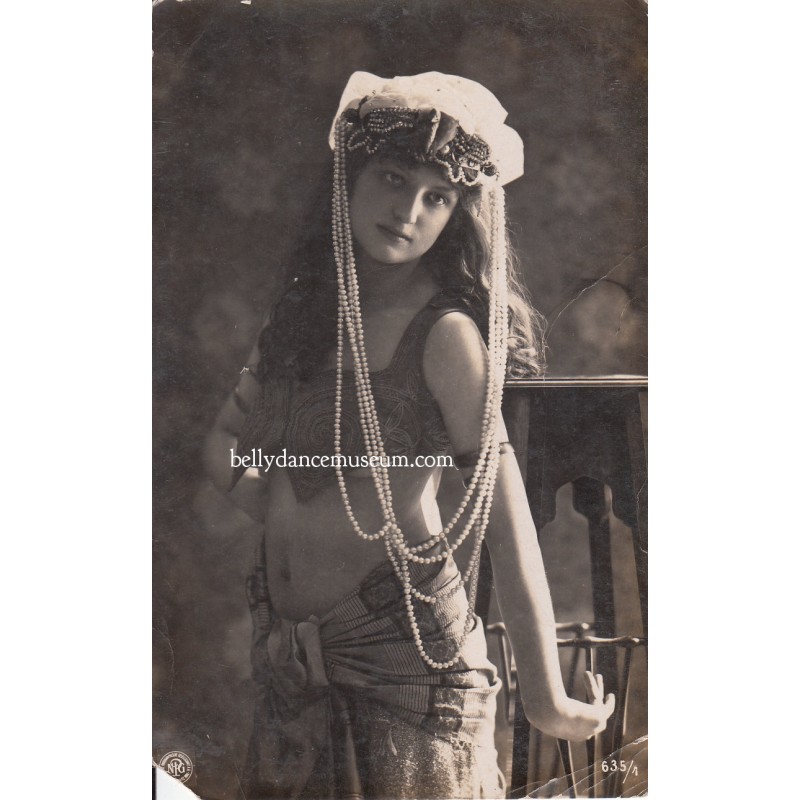 A beautiful antique picture - rich in detail -of a young girl in an bellydance dress.

With the logo of Neue Photographische Gesellschaft (NPG),marked 635/1. NPG was the first and many years the world’s biggest factory for real photographic bromide printing.

A real unique piece of vintage photography of the Pre-World-War era.

The picture never looses his detail and doesn't become pixelized because of the revolutionary procedure used.

Arthur Schwarz  made many trips around the world and stayed a while in the USA,

The Neue Photographische Gesellschaft became one of the world’s largest producers of postcards.

Remark: under left is a small piece of the corner missing. Hence the small price for this genuine antique artifact. On the other hand, the validated stamp increases it's value (for stamp collectors).